Story of Our Founder

The story of Mr Yeah Hiang Nam, the founder and managing director of ValueMax Group Limited, is one of a rollercoaster ride.  It was through overcoming many trials and tribulations over 50 years that led to where he is today.

Born in Penang, Mr Yeah’s entrepreneurial journey started at the age of 4 when he had to sell Malay pastries to supplement his family income. Due to poverty, he was forced to drop out in Secondary 2 despite being one of the top students.

At the age of 17, Mr Yeah left his hometown to seek better opportunities in Singapore and found a job as an office boy in a Chinese medicine hall.

Mr Yeah joined the jewellery industry through a friend’s referral to work in a jewellery store. That experience ignited his interest and love for jewellery, and he began to hone his skills and expertise in this field.

10 years later, Mr Yeah decided to take a leap of faith to start his own jewellery business by borrowing a capital of $10,000 and opened a small factory to produce gold jewellery.

With his experience in the jewellery industry, he knew what designs and styles appealed to customers. Furthermore, his commitment in providing high quality products at low pricing helped his business grow significantly in Singapore.

In 1984, Singapore went into a major recession and the demand for jewellery fell drastically. To overcome this crisis, Mr Yeah hatched an idea of selling jewellery to the Middle East as he could see business opportunities there. Although he did not speak much English, he managed to find success in Middle East due to his perseverance and trustworthiness. 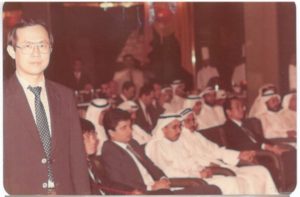 However, as manufacturers from China started to undercut him with low prices, he decided to withdraw from the market.

In 1988, Mr Yeah made his first foray in the pawnbroking business and opened his first pawnshop. 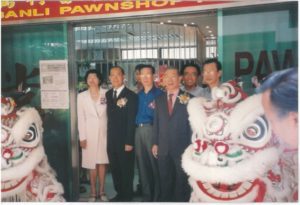 The ValueMax brand was launched in 2004 and was the pioneer in modernising pawnshops, transforming the traditional look-and-feel of pawnshops. This modern pawnbroking chain concept became successful and popular. Despite the increased competition from new players, ValueMax is able to maintain its foothold by offering better pricing and expertise.

In 2013, ValueMax became the first pawnbroking chain in Singapore to list on the SGX Mainboard. The company has now expanded into various businesses including secured and unsecured lending, remittance and other financial services.

Mr Yeah believes strongly in providing great value to customers. To realise this, his business approach has always been to generate high volume with low profit margin. Whenever customers buy jewellery at good prices or get high valuation for items they pawn, Mr Yeah shares their joy of getting good deals.

Mr Yeah also takes pride that he has helped many people with financial needs through his pawnbroking business. He believes in giving back to society and contributes to various philanthropic causes, such as donating to disaster relief organisations, education funds, old folks’ homes, as well as serving in various associations. In recognition for his contributions to society, Mr Yeah was awarded a Public Service Medal by the President of Singapore in 2016. 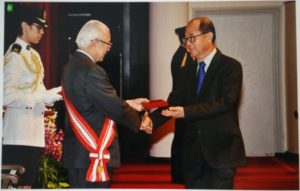 Despite facing many challenges in business, Mr Yeah never saw them as insurmountable. He believes that in challenging times, there are only work to be done, solutions to be derived, and goals to be achieved. This positive attitude and perseverance has helped make who he is today, and his values continue to influence ValueMax’s vision of lending strength to the community.